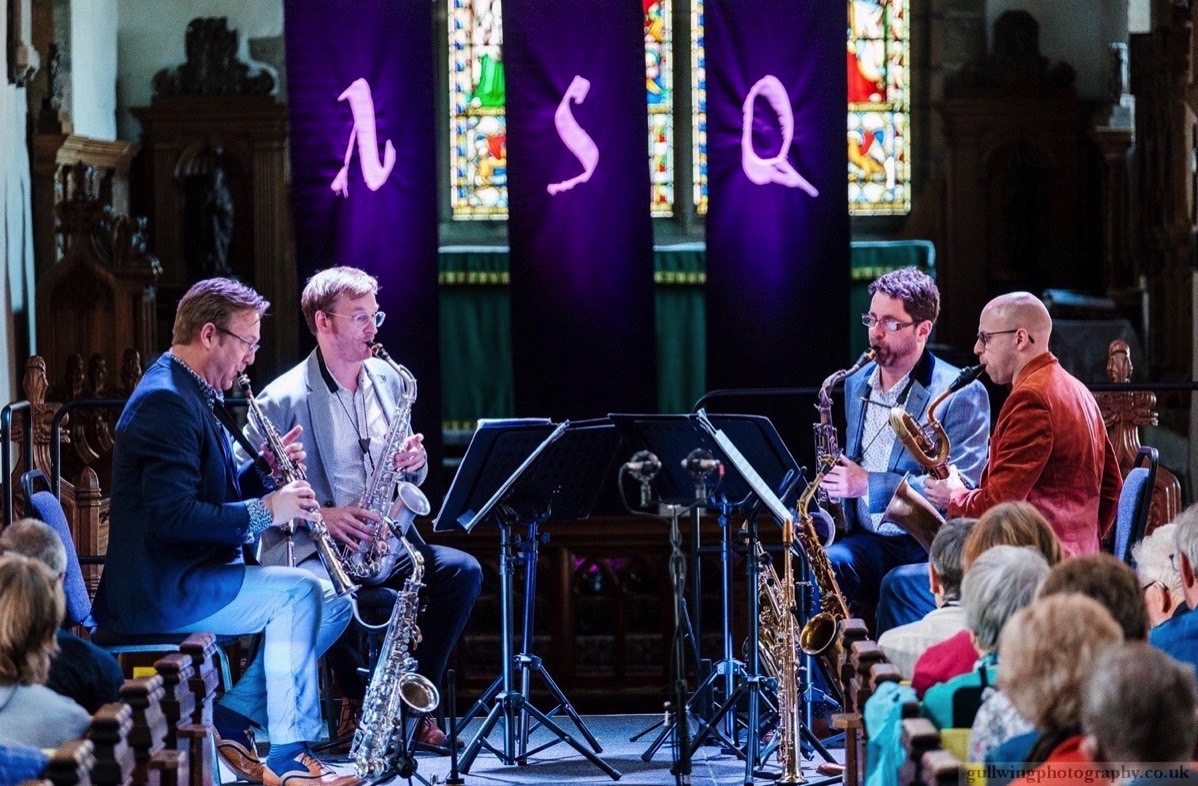 This fascinating concert is a ‘game of two halves’: the first half features some of Apollo’s most popular commissions, drawing on influences from classical, jazz, folk and beyond, before the second half where they present their highly popular programme of black and white films set to music by the members of the quartet.  Hilarious, thought-provoking and thoroughly entertaining, this event  will open your eyes and ears to the jaw-dropping array of colours and sounds that this world-class ensemble creates.

The Apollo Saxophone Quartet has been entertaining and enthralling audiences around the world, and is responsible for commissioning and premiering over 100 major new works in that time, ranging from quartets to concerti, film scores and numerous collaborations with poet, dancers, multi-media and strings.  Acutely aware that their repertoire may at first glance seem a little out of the mainstream, the ASQ prides itself on curating bespoke programmes tailored to each performance situation, welcoming the audience into their musical world with some accessible, engaging music, introduced by the members of the group to give the audience real insight into the sparkling array of musical sounds on display.  Another entertaining and ‘not to be missed’ concert!

“Jazz rhythms met minimalism in a lyrical embrace; motifs and patterns chased tails in music instantly attractive, but never vacuous…the phenomenal skill of the Apollo four…the silkiest transformation from furnace blast to the softest whisper this side of the Milky Way”  The Times

Tickets on sale now from Ticketsource.