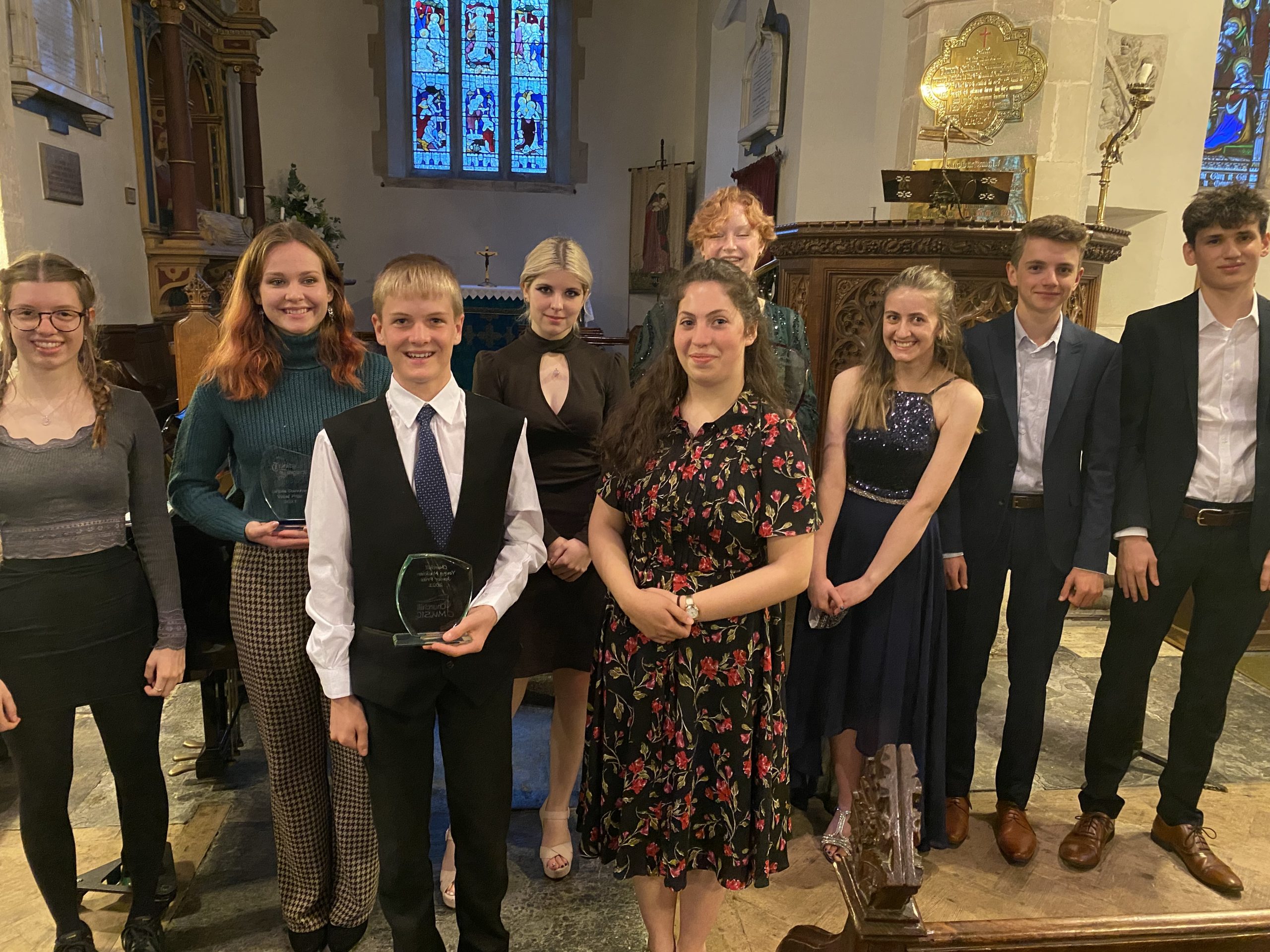 COVID 19 had the potential to halt this outstanding competition however due to the sheer determination of both Churchill Music and the  students and teachers  at Churchill Academy,  the 13th annual Churchill Music Young Musician of the Year competition finally took place on Monday 28th June in  St John’s Church, Churchill.   Even with the minimal, socially-distanced, COVID restricted  audience,  the standard was extremely high.   North Somerset and South Gloucestershire Lead for Music commented afterward,  “All that talent in just one school”.

This inspirational event is normally held in January  and is just one shining example of the valuable partnership between ourselves and the Academy.

The title ‘Churchill Music Young Musician of the Year was awarded to Clarinettist Chloe Phipps.  Chloe gave an outstanding performance of ‘Fantasiestucke’ Op 73 No 2 Lebhaft Leicht by Robert Schumann;  the first movement of ‘Sonatina for clarinet and piano’ by Malcolm Arnold and ‘An American in Paris: Blues Theme’ by George Gershwin.

The Ursula Dornton Vocal Prize, sponsored by the Trinity Singers in memory of former Churchill Music co-founder and trustee – was awarded to Bori Gunyits.  Bori hugely impressed the audience with her performances of ‘Music for a While’ by Henry Purcell; ‘An Chloë’ by W.A. Mozart and’Sappho’s Love Song’ by Zoltán Kodály.

The Raymond Hayter Song Prize was presented this year by Matthew Jones, nephew of Beryl Roper who initiated this excellent prize for the most promising voice.  This year it was  won by Niamh Titerikx who proved just what a worthy recipient she is by treating us to a performance of “You don’t know this man’ by Jason Robert Brown and ‘Feeling Good’ by Newley.

The Churchill Music Audience Prize was awarded to Chloe Phipps.

Following the performance, all the students were invited to play at the Young Artists Showcase at St Georges, Bristol.    This event is shared with students from Bristol Cathedral Choir School.  Again, there had to be a limited audience, but all the students gave entertaining and lively performances to huge applause.