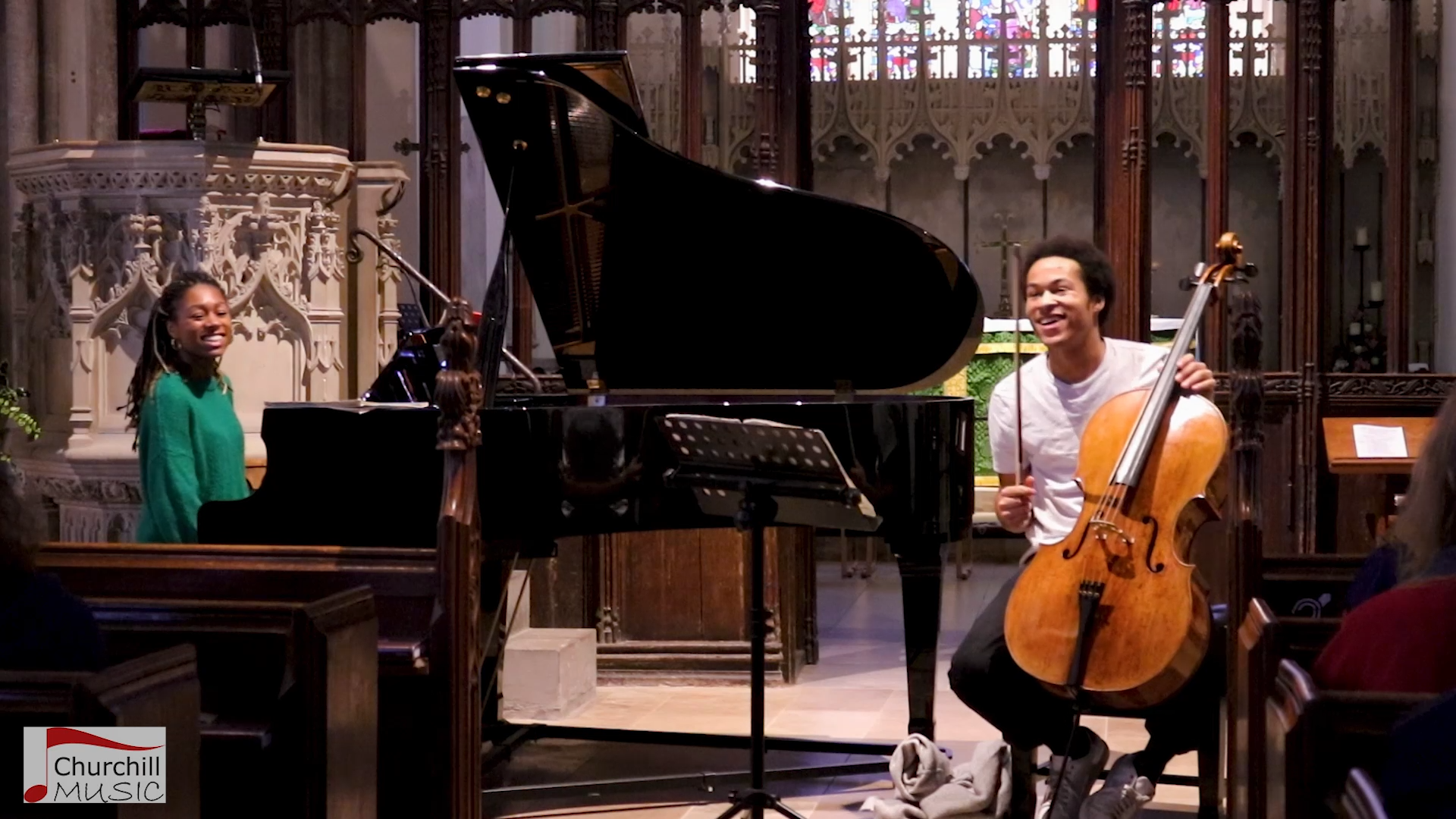 On a dark and cold February evening in the little village of Wrington in North Somerset, a musical event hosted by Churchill Music took place that truly surpassed all expectations and enraptured the sell-out audience.  The musicians, a young cellist and his pianist sister, gave an inspiring and passionate performance that left the audiencetotally transfixed. And their names?  Sheku and Isata Kanneh-Mason.

What a coup for Churchill Music and its followers to have this opportunity not only to see them perform but to do so in such an intimate space, where the chemistry and almost telepathic communication between the two could be seen at close quarters!  Those missing out on tickets for the main performance (it sold out within days) were able to buy tickets for the rehearsal and to observe the delightful, almost playful personalities of the siblings in a rather more informal and relaxed context.

The audience was fully aware of the privilege of watching Sheku and Isata perform; aged only 20 and 23, here were two young people of such exceptional talent and freshness, whose careers are set to become stratospheric – Sheku has already gained an audience of those millions around the world who watched his mesmerising performance at the wedding of Prince Harry and Meghan Markle in St George’s Chapel, Windsor in 2018.

The siblings are passionate about the importance of musical education in schools, a subject close to CM!’s heart.  For more about their thoughts and views, as well as extracts from their rehearsal, see a short film of an interview conducted shortly before their performance: